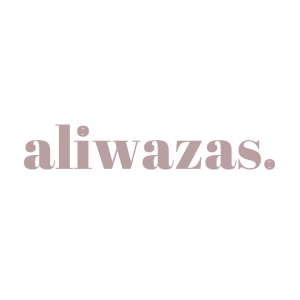 In addition to our native content, Mag by Aliwazas curates outstanding and useful content from around the web by and for Black women and femmes.

The idea of having sex while menstruating leads people to some very strong feelings – either for or against the act.

On one hand, some people believe period sex is unsanitary and just generally gross. On the other hand, some people love the idea that they don’t have to sacrifice sex for one week per month and they can get some relief from the sexual desire and arousal they feel while they’re menstruating.

Gynecologists assert that period sex is safe, sanitary, and completely normal. Period sex is said to relieve cramps, enhance mood, help with migraines and other painful issues associated with menstruation, and menstrual fluid even acts as a natural lubricant. It has also been claimed that period sex can shorten your period because orgasms can make the uterus shed its lining more rapidly.

Hormone changes during menstruation can even make sex feel better than it does any other time. The hormone progesterone (known for reducing sex drive) is low during menstruation while estrogen is high, which explains why folks are hot and ready during their period.

But What About the Mess?

Period sex can be messy, and the symptoms of menstruation can make certain sexual acts and positions uncomfortable. Using red or dark towels and choosing to have sex in the shower can reduce clean-up. Experiment with various positions for optimum comfort.

The feminine and menstrual care product industry have started to encourage period sex through the creating and promotion of menstrual cups, discs, and other devices that allow people to have mess-free sex while menstruating.

One thing people should know about period sex, however, is that it is NOT a foolproof method of birth control. While the chances of getting pregnant through period sex are low, if you are known to have irregular periods , it is possible to ovulate within a few of days of your period ending. If sperm is still alive inside the body, you could end up pregnant. Continue use of condoms and other birth control even when having period sex.

The same safety precautions to prevent sexually transmitted infections should be used during period sex, especially since the exposure to blood and uterine tissue can increase the likelihood of passing the infection to a partner. If you want to engage in oral period sex, the menstruating person should use a tampon or menstrual cup to lessen the exposure to menstrual fluid.

From a spiritual perspective, some believe that menstrual blood can create a spiritual binding between partners, leading to feelings of deep lust, obsession, and emotional and physical clingy-ness by partners, as well as allowing the menstruating person to dominate the sexual partner. It is said that people should avoid period sex with people that they don’t want to stay attached to long-term.

If you choose to have period sex, communication is key for the consent, comfort, and safety of all involved.

What do you think? Have you had period sex? Would you?

This article was aggregated from
Black Girl Bliss

Retrograde Survival Guide: The Quick-and-Dirty on the Planets and their Movements

Author: lola odelola Go to blackgirl.tech: A Blog Planning, promotion and future social events In February we had a free private screening for

Yoni Steaming: A Quick-and-Dirty Guide on What It Is, How It Works, and Why You Should Try It

Aye! Show this to People!

Dedicated to creating and curating media that uplifts, highlights, and encourages Black women and femmes in their own voices.

Suscribe for Directly to your Inbox